Party Band De Blaasbalgen from Leidschendam is one of the 17 top bands in the Netherlands. De Blaasbalgen have made many parties come alive. The band was established in 1999 and it is already very successful. Numerous prizes have been won at music festivals throughout the country, resulting in invitations to many major events. Major triumphs so far are our performances in the “skating temple” Thialf. During the Dutch skating championships and World Cup events in 2007 and 2008, De Blaasbalgen managed to get thousands of people in the bleachers to loudly sing “We are the Champions”. De Blaasbalgen are also often asked to be the supporting act for Tattoos. One of the largest civilian Tattoos is held in the centre of Delft. Biannually in Delft, on two successive sold-out evenings, shows are presented of the best marchingbands, not only in the Netherlands but from abroad as well. De Blaasbalgen made an extremely successful performance there in 2006, and in 2008 our band will appear again to get the audience swaying and the bleachers as well! De Blaasbalgen have also been on national television. In 2006 the band made a guest appearance on “De schreeuw van de leeuw”, presented by the the well-known Dutch comedian Paul de Leeuw. De Blaasbalgen had been invited make a wish come true for a member of the audience. His wish was to hear Do Re Mi and Edelweiss from “The Sound of Music” and De Blaasbalgen accompanied Paul. After the show, it seemed like everyone in the Netherlands had been watching, considering the shower of comments. De Blaasbalgen are no strangers to the jazz world either. During the Trumpet Party 2006 in Noordwijk, with appearances by many great jazz trumpet players, we were asked to play “Gonna Fly Now” from the Rocky movie. The selection of this song was simple because it was made famous by Maynard Ferguson and thus a must for the Trumpetparty. We had asked Ron van Zanten from Utrecht to appear as guest solo trumpetist and he certainly rose to the occasion! There is really only one rule that we follow: “If there’s a party, De Blaasbalgen will be there.” A party for 10 or 1000 people, that’s no problem for us. We’ll be there with bells on and let the party begin. Stompcity Music have another band, De Blaasknarren. This band was started for members who wanted to take things a bit easy with respect to performing. It’s quite something to belong to De Blaasbalgen and for many members it’s almost a way of life. “Just wanting to be together making music.”

Except for this introduction, the rest of the website is in Dutch. We apologize for this, however, the site has a lot of information, much of which is updated daily. It would be too much work to have everything translated. We hope that this introduction will give you an impression of our band. If you would like to hire our musical services in future, there will always be someone to arrange this with you in English. 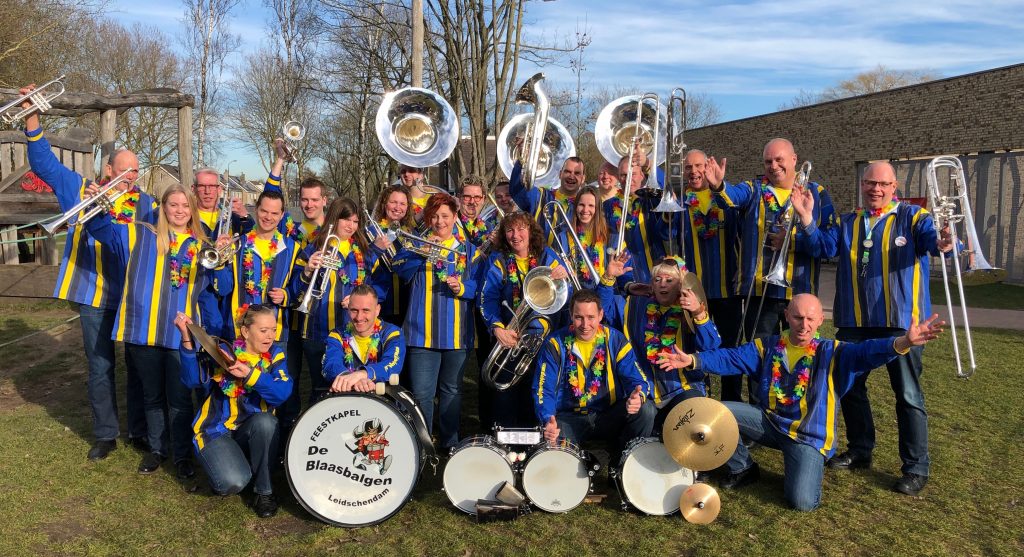 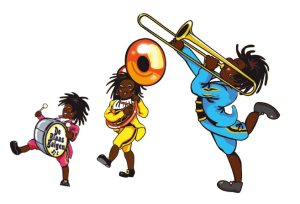